Get your Tube Screamer fix with the Ibanez Vemuram TSV808

IF limited edition guitar pedals turn you on, here’s one to lure you, perhaps to fatal effect – the TSV808 Ibanez Vemuram Tube Screamer. This overdrive pedal will be released worldwide simultaneously in March-April, but many online stores have already pre-sold out their allocation. Apparently, the USA gets only 400 units, Malaysia even fewer.

The good news, though, is that distributor Bentley Music has opened its online store for pre-orders for a very limited time, so click on the link, if the tear-inducing price of RM1,999 doesn’t faze you. Delivery will start in mid-April. 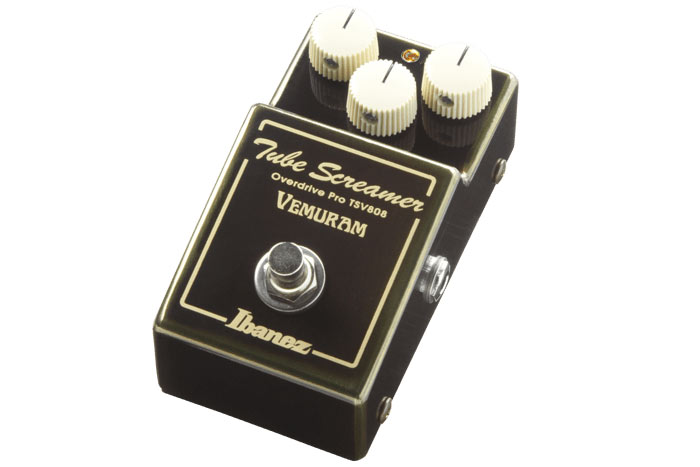 According to Ibanez, the TSV808 was developed in close collaboration with Vemuram, renowned for its ultra high-quality effects pedals which feature premium components like quad-layered PCBs and brass housings.

“The inspiration for the TSV808 was a hybrid of the Vemuram Jan Ray and Ibanez TS808, each companies’ flagship effects pedal. The process was long and the work intense, but the TSV808 successfully preserves the Tube Screamer’s signature mid-boost and combines it with the wide dynamic range and frequency response of the Jan Ray, for a freshly inspired, unbeatable new Tube Screamer that redefines superior overdriven sound.

“Most Tube Screamers are equipped with a single set of clipping diodes, but the TSV808 employs two sets of clipping diodes with two dip switches, which enable the user to select between four different clipping forms, two symmetrical and two asymmetrical,” says the company. 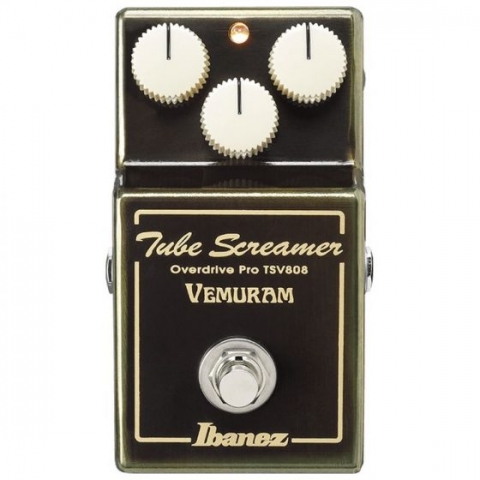 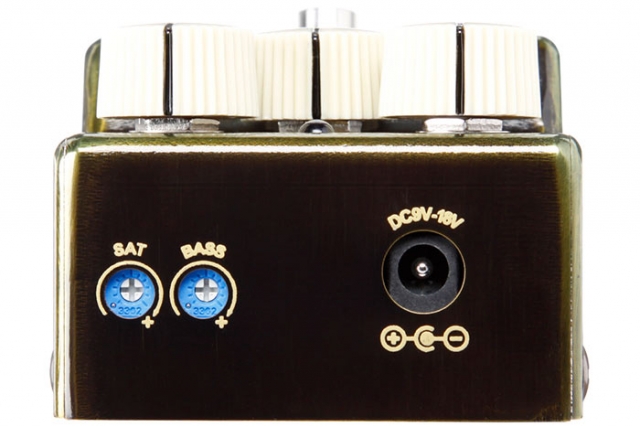 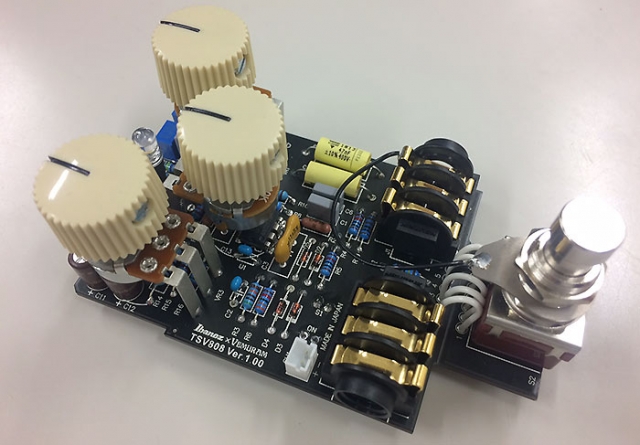 “The TSV808 comprises some of the highest-quality, first class components available. Each component was carefully selected by the engineers from both companies, including the customised parts, a quad layered PCB used in the Vemuram pedals, and a brass pedal housing.”

Fun fact: Ibanez launched the first ever Tube Screamer, the TS808, in the late 1970s. According to a Wikipedia entry, this pedal’s engine was the Japanese JRC-4558 chip; however, a number of these pedals used the made-in-Malaysia Texas Instruments RC4558P chip.

The One who rules them all here.