INITIALLY coming to prominence as the frontwoman-bass player of Tempered Mental in the early 2000s, Melina William has donned different hats in the last few years, including as a sessionist, solo artiste and even entrepreneur.

However, ask the musician what’s high on her list of priorities even as she goes about her other business and Melina will admit, “People have been waiting for a Tempered album for a long time now (the last one, Pax Automata, came up out in 2012, while debut LP, The View From Here, was released in 2010). So that’s something we definitely have to do.”

In the meantime though, she’s happy to chat about making music and keeping the groove, even if she feels “I’m not really a bassist”. 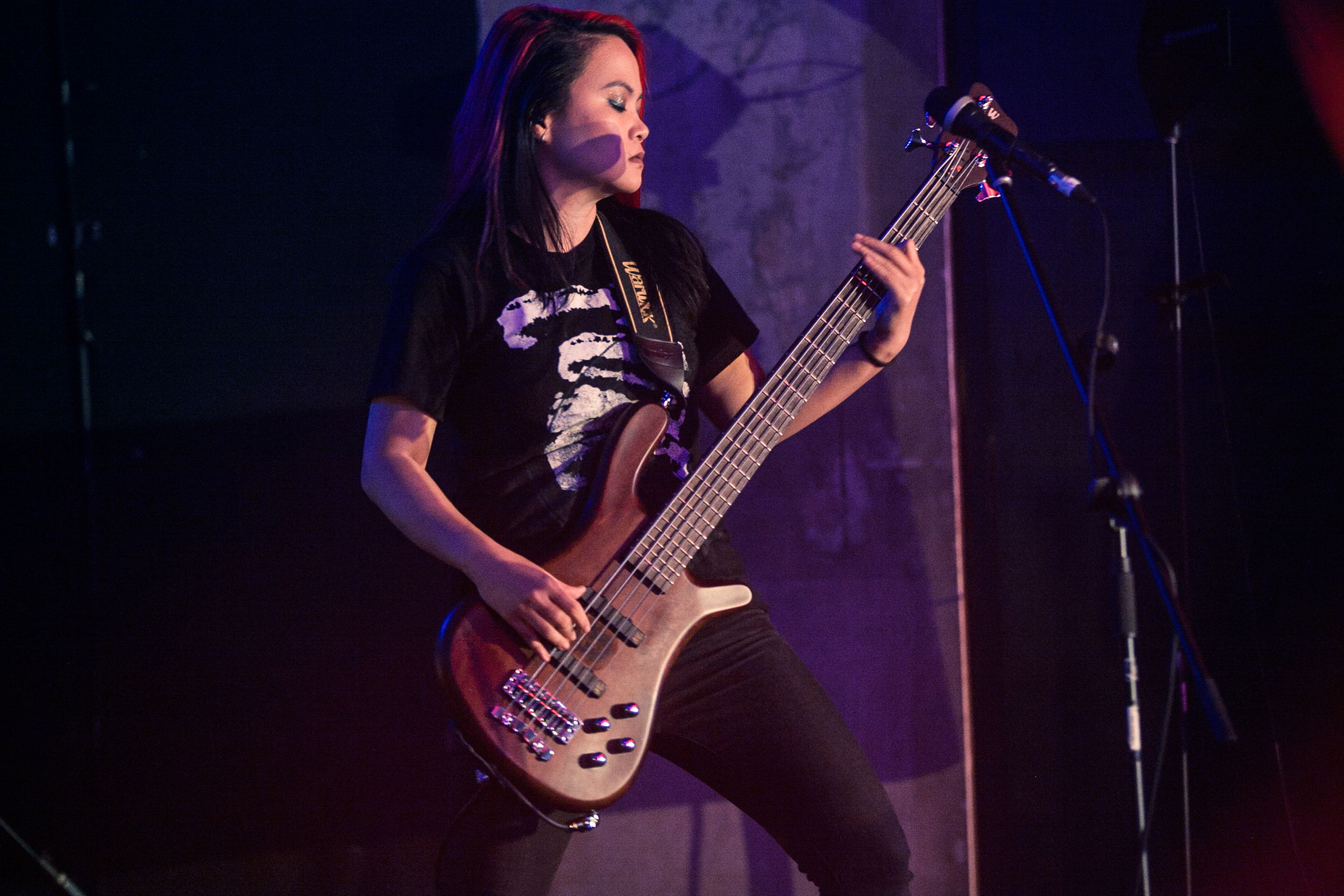 You’re known primarily as a singer-bass player, but you’ve also done shows where it’s just you and a guitar, or even just you singing without an instrument. Do you see yourself as a bassist, first and foremost?
Honestly, I don’t see myself as an instrumentalist of any sort. It just so happens that people know me as a bassist, and I get hired to play the bass. I don’t say that to make it seem like I’m actually a great multi-instrumentalist. Not at all. But what it is, I guess, is that I’m the kind of musician who would use a certain instrument to serve the song, and that can be a bass, a guitar or something else. You know, the only reason I play bass and sing in Tempered Mental is because those were the only roles that were vacant when we formed the band.

But wasn’t the bass your first instrument?
No, it wasn’t. My first instrument was the piano. And in college, at ICOM (International College of Music), I actually studied drums. I picked up the bass simply because my friends needed a bassist. I didn’t even have a bass for the first few years I was gigging as a bass player. I’d just show up at gigs and use whatever bass was available.

You’re a working musician now. At what point did you know that you wanted to make performing music your career?
Well, I knew that I loved music from the time I was very young. I was five or six when I was going over regularly to my neighbour’s house to play the piano. My mum was always very supportive and she paid for piano lessons for me after that. Since then, I’ve always been performing in some form or other. I was in the Sarawak Symphony Orchestra at one point when I was growing up. I think I’ve always seen music as not just the thing you do on stage, but as a field with a really wide spectrum. Music is the only thing I do, so I don’t limit it to just performing. Right now, for example, I’m getting a lot more into production work.

Who are your main influences as a bass player?
Because I don’t see myself as a bassist, I don’t really have bass heroes. That’s bad, right? (laughs) But if I really had to pick my favourite bassist, the closest would be Meshell Ndegeocello and that’s because she’s very musical in her approach. I guess because she’s a multi-instrumentalist, the way she approaches her bass playing is kinda different from a regular bass player. Sometimes it’s just a tone that she goes for, or a vibe, or there’s a space which she fills with her playing.

Have you always played five-string basses?
Well, when I was borrowing basses, no. But when I bought my first bass, yes. I try to stick to the same style of bass every time I buy a new bass ‘cos I want to be able to sing and play and not have to look at my fingers, and I can only do that if the bass is an extension of myself. I recently switched to a new bass though, so I have to spend some time familiarising myself with it.

What’s the new axe?
It’s a Warwick Streamer LX 5, which I had to get from Bangkok, ‘cos it isn’t available here. I did a bit of research before buying it and it seemed like the kind of bass that would be perfect for me. I’m not tall, so I need a bass that fits me and doesn’t look oversized or chunky. But at the same time, I also need something that gives me the tone I want.

You used an Ibanez previously, didn’t you?
Yes, a Soundgear. I actually bought that from (the late) Alda Tan. I used that for the longest time, but it was time to change. That’s why I decided to get the Warwick.

Was your first bass also an Ibanez?
Yes. But it wasn’t like my previous go-to bass at all. It was an entry-level model. It almost seemed like it could’ve come in a box with a small amp. (laughs) But you know, there’s an upside to having a crappy bass, and that is that it forces you to really work on your tone.

Do you still like playing through Aguilar amps?
I like Aguilars ‘cos I don’t have to tweak them too much to get the sound I want. Ampegs aren’t bad either. For shows, I normally ask for an Aguilar as my first choice and I don’t really specify what model ‘cos they all seem to give me what I want.

Can you remember the album or single that inspired you to want to be a musician?
Yes, I can. The Smashing Pumpkins’ Siamese Dream. I listened to that album on cassette over and over again when it came out. I loved it so much. It made me want to be in a band and write songs. I was listening to a whole bunch of other stuff too at the time, but that one was the one that changed everything.