HE may be only 28, but Muzaffar Shah is already, without doubt, a scene veteran.

First coming to prominence more than a decade ago while still in his teens, the ace axe-slinger – who is the son of ex-Heavy Machine guitarist Lolen a.k.a. Din – has become one of the most sought-after musicians in the club circuit.

But despite continuing to win plaudits for his work as a solo singer-guitarist, band leader (with the hard-rocking Muzza’s Mayhem), sideman (with outfits like Arjuna, among others) and in-demand session player, Muzza is determined to keep his feet on the ground and his sights on the next challenge.

“I’m working on another EP (his first record, Find My Way Back Home, came out in 2014) which I hope to release by the end of the year,” he tells us. “And knowing me, you’re going to hear a mix of genres – reggae, funk, prog and maybe, alternative rock as well.” 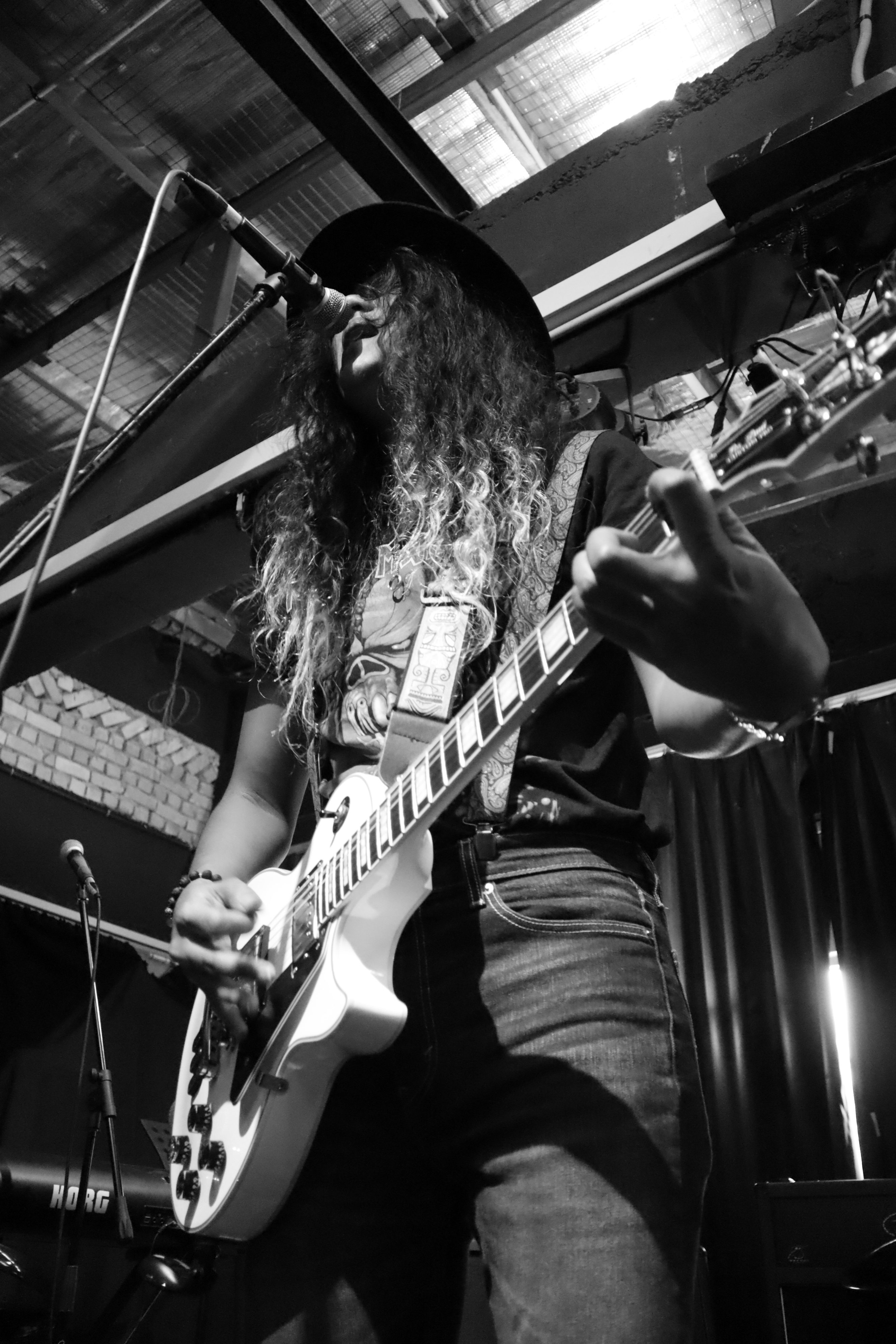 You started out as an electric guitar player and then focussed primarily on the acoustic for a while before switching back to the electric. Is that correct?
Actually, I started as an acoustic guitar player. I got into the electric guitar only later. When I first began performing, I was a singer mainly. If I remember correctly, my first gig was when I was 10, for an event during Le Tour De Langkawi that year. I sang stuff like Holy Diver. It was only when I was about 18 that I started performing as a singer-guitarist. And that, too, as an acoustic guitar player. It’s difficult to say which one I love more – acoustic or electric – because I’m comfortable with both. But, of course, my style changes depending on whether I’m playing acoustic or electric.

How much of an influence did your father have on you as a musician?
He was a really big influence. I started playing the guitar because of him. When I was a kid, I wanted to learn the drums. But my dad was like, “I can’t afford to send you for drum classes and I have all these guitars here, so why don’t you just learn to play the guitar?” That’s the story….

Who were your earliest influences as a guitarist?
My father, first and foremost. I owe him everything. My gaya (style) on stage, style of playing, everything… they’re all influenced by the years of watching him play. Besides him, one of my early influences was Steve Vai. I couldn’t even play the guitar when I was first introduced to his music, but I wanted to be like him. My dad had bought me this G3 concert video when I was six or seven and I loved it. I saw Eric Johnson and Joe Satriani and I thought they were good. But then I saw Steve Vai, and I was like, “My God, who is this guy?!” Later on, of course, when, I started focusing seriously on the electric guitar, many other guitar players had an impact on me, like Ritchie Blackmore and Jimmy Page. 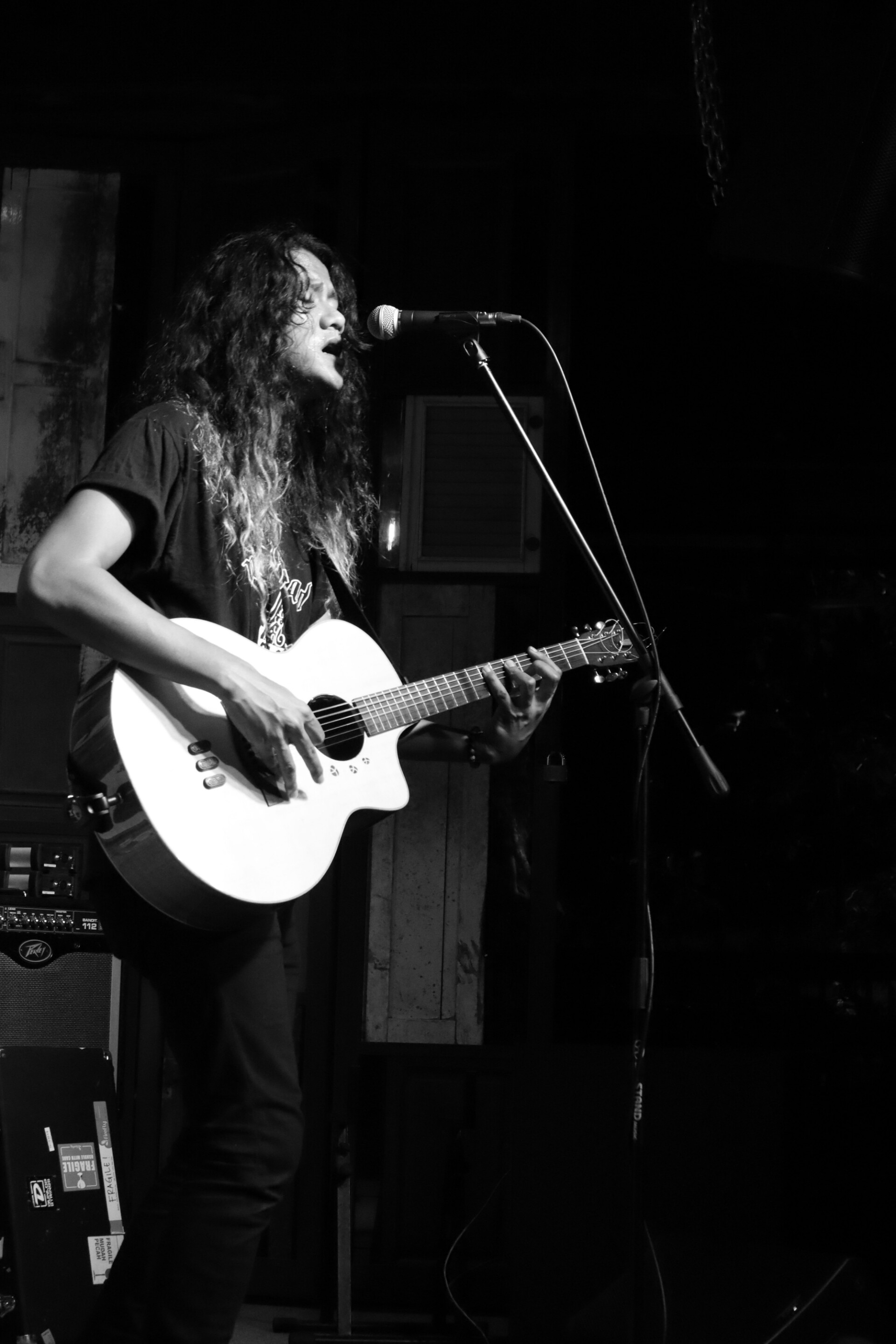 You recently played two tribute shows: a Queen concert when Bohemian Rhapsody hit cinemas here and a Beatles tribute when Yesterday was released. Are you a fan of those two bands?
Oh yes. And I love the guitarists from those two bands – Brian May and George Harrison. They both kept their playing quite simple but melodic, and that’s the best.

What’s your axe of choice these days?
My main guitar now is an Epiphone Les Paul Custom. I use other guitars from time to time, but I’m a Les Paul guy. It’s a versatile guitar. You can do jazz, blues, rock, alternative… for me as a working musician, that’s important. As for my acoustic, I use an L. Luthier Cofe S solid top. I really like the guitar, but when I’m performing live on a big stage, because of the two sound holes, the humming can get a bit annoying.

What’s your basic set-up when you’re playing electric?
My pedalboard is fairly basic. It’s a Pitch Fork to Cry Baby, then a Blackstar HT Dual Valve Distortion, which is where my main sound comes from, an MXR Delay, and finally, a PolyTune. I don’t use an amp live, even for big shows, so it’s straight from the board to a DI and into the mixer.

What’s the one piece of equipment you couldn’t live without?
Actually, there’re two – the Blackstar and my tuner. I can play without a wah or delay, but the Blackstar is the mother when it comes to my sound. And of course, I need the PolyTune to make sure I’m always in tune.

Video and photos provided by Muzza