FOR close to two decades, from its 2002 debut LP Freeway, Dreaming & Broke all the way to last year’s Murder, SevenCollar T-Shirt has been one of the driving forces of the local indie scene. And through all the changes of time, tide and musical styles, Ham (Muhammad Abdullah) and his guitar have played a crucial role in the band’s sound.

Ham and SevenCollar have been, understandably, busy since Murder came out at the end of last year. Nevertheless, we managed to take advantage of a brief lull in activities to speak with the band’s lead axeman (frontman Duan is the other guitar-slinger in SCT) on his musical inspirations, sound, and fave gear. 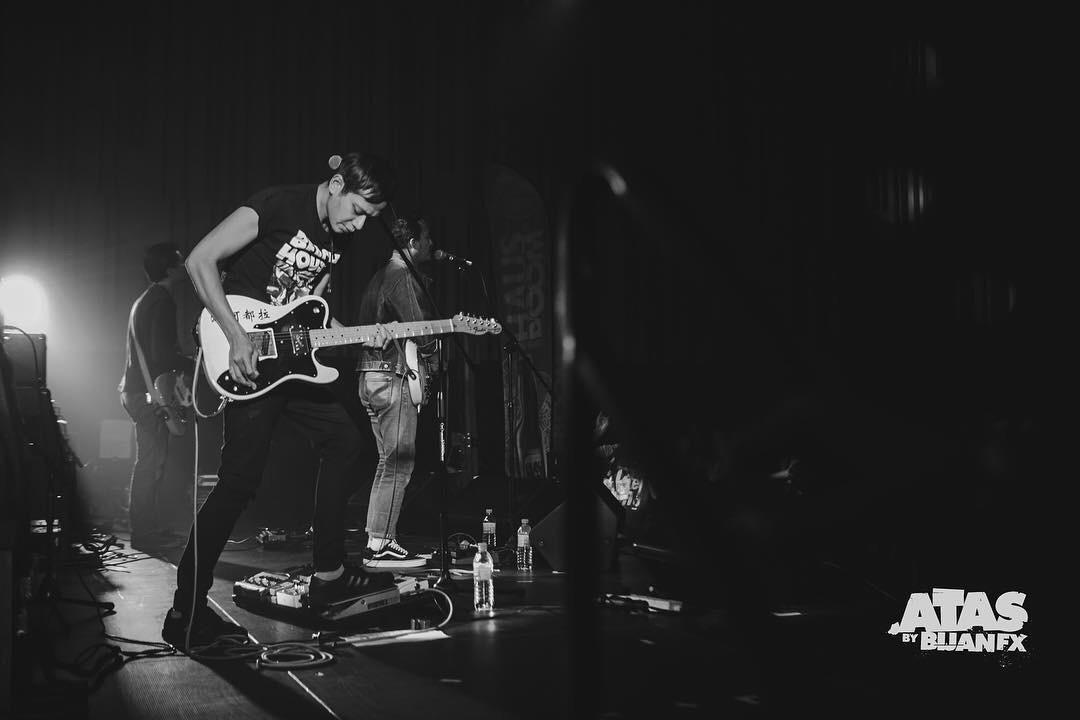 What’s your go-to guitar these days, Ham?
It’s been my Telecaster Deluxe for a while now. The bridge pickup on the guitar is not the original though – I changed it to a DiMarzio Chopper pickup, which gives me a sharper clean sound, and a dirtier tone with distortion. So the guitar doesn’t have your regular, twang-y Fender Tele kind of sound. It’s more jahat-sounding, which I like. The Chopper was actually on my previous go-to guitar – a Mexican Fender Tele. But when I gave that guitar to my guitar tech, I asked him to swap the pickups.

I’ve been using the Tele Deluxe since 2008. I got it for a steal at the time at RM1,800. It’s a Japanese-made model. Of course, the thing with Japanese Teles is the workmanship isn’t excellent. But after more than 10 years of using it as my main guitar, it’s become a part of me. At the time I bought it, I also got a Gibson Les Paul Studio for RM2,000. Both were purchased second-hand.

What was the first guitar you used with Seven Collar?
The first one was a gold Epiphone Les Paul. After that, I used the Mexican Tele for about seven to eight years until I got the Tele Deluxe. 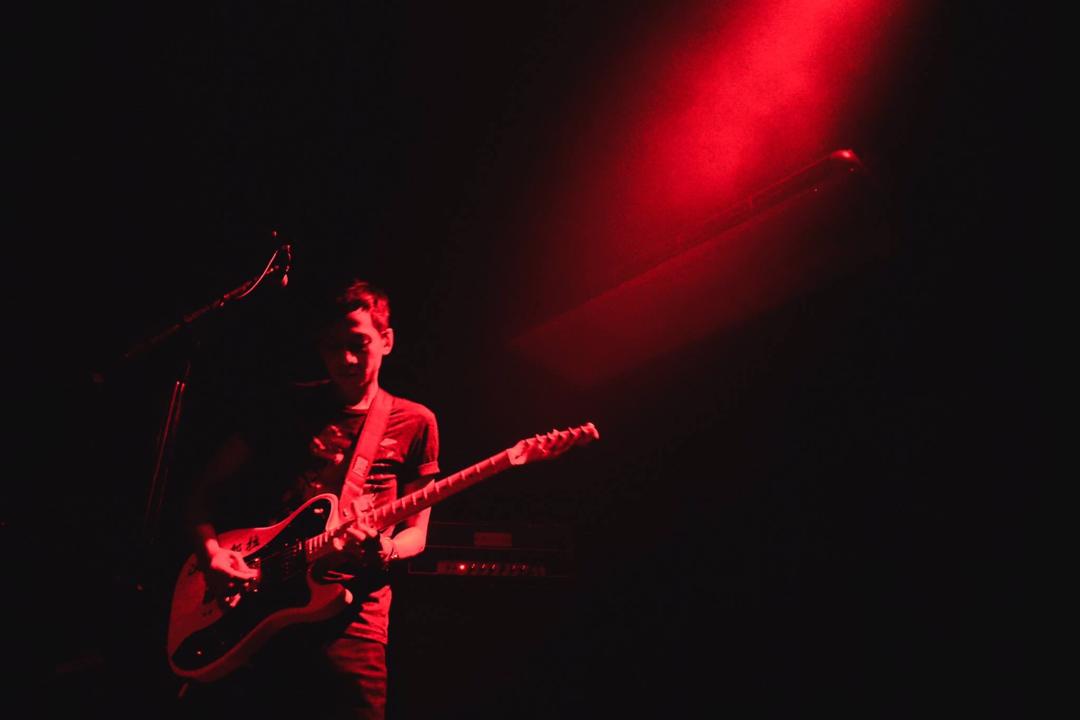 Has your basic set-up changed over the years?
It’s been the same for a while. Generally, these days, my guitars go through a pedalboard which connects straight to a Ceriatone 2204 HW amp that is modelled on the JCM800. I don’t use the effects loop, but plug in direct to the input because that way I can manipulate the sound much better. As for my board, in the past, I used to use so many pedals, but I’ve cut out a lot, mainly ’cause as I get older, carrying a large pedalboard is just too difficult. I used to use about 15 pedals – now it’s about 10. And I use just one distortion pedal now. When I was younger, at one point, I think I had four distortion pedals on my board.

With two guitar players in SCT, how do you feel that you and Duan complement each other, tone- and style-wise?
Because Duan mostly plays clean chords, I try to complement his sound by playing single notes and adding noise to colour the sound. And because Duan uses an ESP Les Paul–type guitar with humbuckers, my Telecaster with the Chopper pick-up provides a contrast in terms of sound.

If you had to pick just one, what would you say is the one piece of equipment you absolutely couldn’t live without?
My tuner! The Boss TU-2. I don’t know why – maybe it’s the way I play or maybe it’s because I’m a bit tone deaf – but I can never stay in tune. I really can’t tell sometimes if I’m in tune or not, so definitely, the tuner. I can even live without a distortion pedal, but not without a tuner. I mean, for a guitar player, if you don’t have a distortion, you can always just crank up the gain a bit on the amp and you’re good to go. 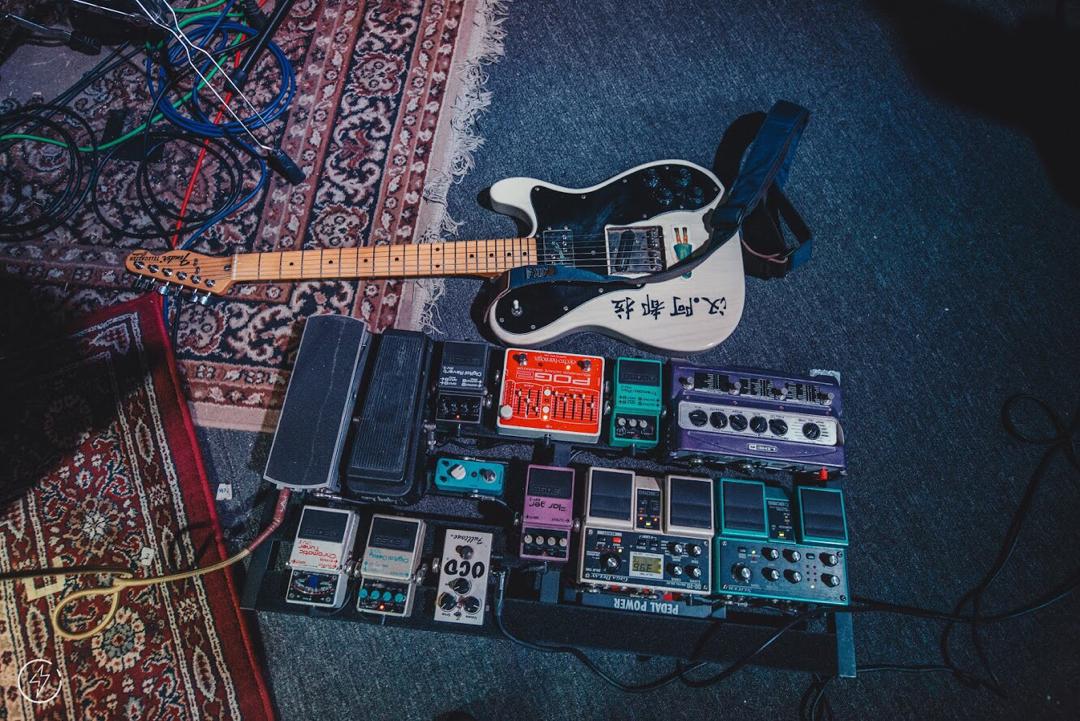 Guitar-playing and tone-wise, who were your early influences?
It’s quite sad to admit, actually, because my first influences were Dave Navarro and Pat Smear just ’cause they looked cool, not really because of their sound. Of course, as I got older, that changed. Now, if I had to pick the guitarists I look up to, it would be Ted Stevens and Tim Kasher from Cursive, and Aaron and Bryce Dessner from The National. Aaron and Bryce are really amazing guitarists, while Kasher and Stevens have produced really crazy guitar dynamics on every album they’ve released. 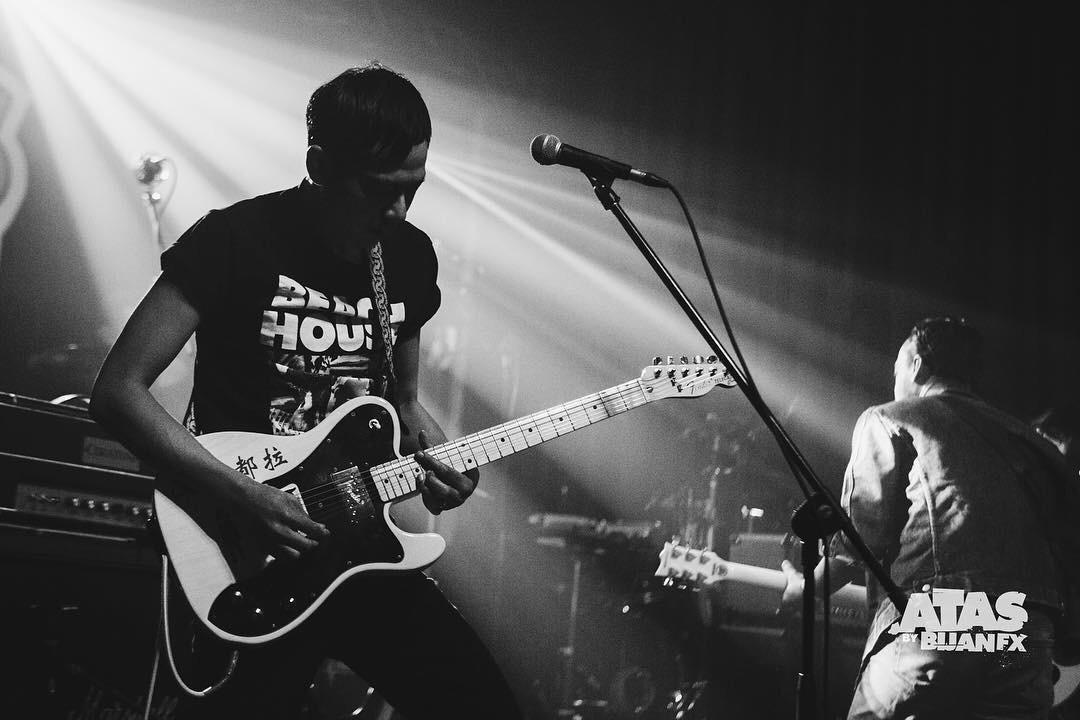