Guns N’ Roses – Not In This Lifetime Tour

Guns N’ Roses have announced a second Asia leg to Not In This Lifetime… Tour.

The Jakarta show, brought to you by Unusual Entertainment, is happening on Thursday, November 8. Tickets start at less than IDR600,000, going on sale June 27 via BookMyShow. 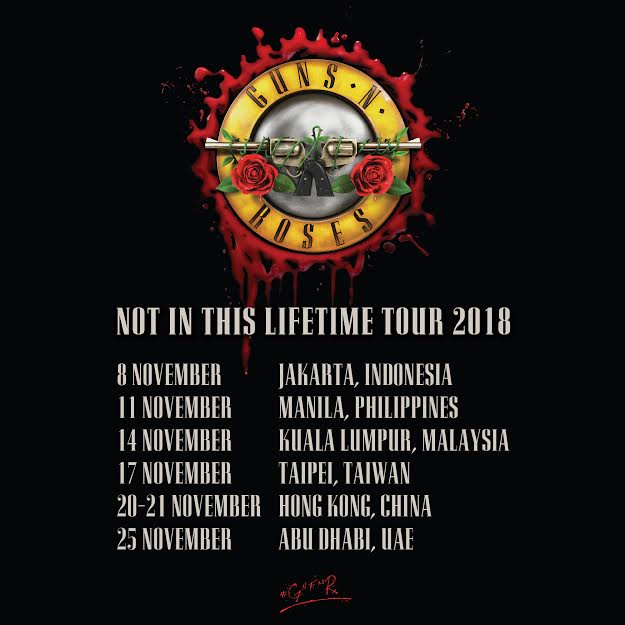 Guns N’ Roses is one of the bestselling hard rock bands of all time. Their massive popularity is highlighted by the chart success of hits like “Sweet Child O’ Mine”, “November Rain”, Welcome To The Jungle” and “Live and Let Die”.

The Not In This Lifetime… Tour marks the first time since 1993’s Use Your Illusion Tour that the band’s classic lineup, Axl Rose, Slash and Duff McKagan, performed together.

The tour began in April 2016 and has visited over 120 cities around the world, including Bangkok and Singapore last February. Check out what went down behind the scenes in Singapore here.