LIKE how bread is synonymous with butter, vintage guitar amps can’t be mentioned without Seow Sow Feng’s name somewhere in the mix. The 67-year-old has toyed and toiled with some of the classic American and British tube amps from the likes of Fender, Valco, Vox, Marshall and Hiwatt, among others.

Seow grew up against the backdrop of 1960s counter-culture, and while many school mates would have likely clawed their way up the corporate slope, Seow opted to rock out with his musician buddies, getting audiences to cut the rug at weddings and touring the “cultural” circuit, and even playing at Hungry Ghost festivals, where they largely played Chinese tunes, but often snuck in The Shadows numbers during breaks. 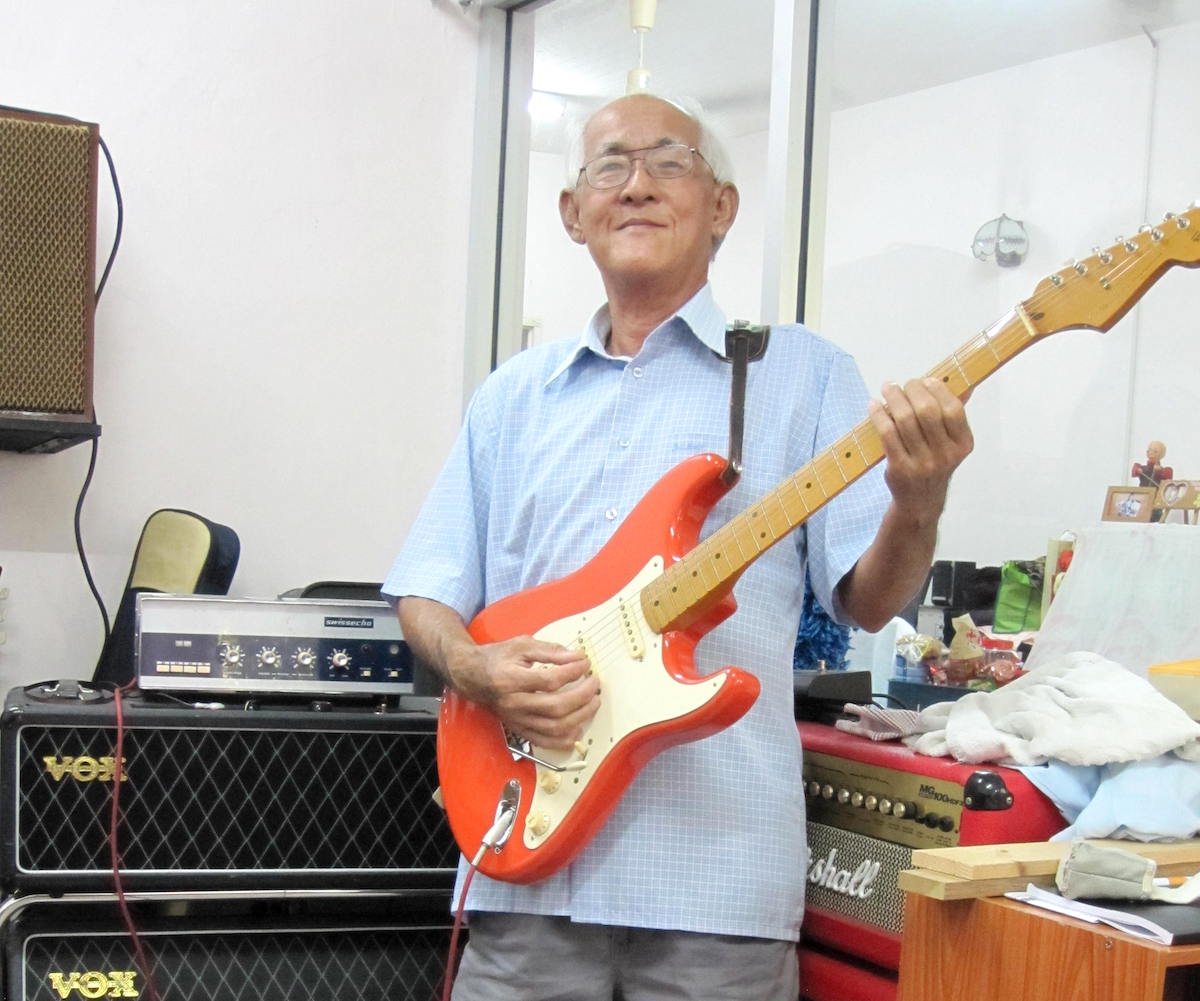 A modest Hofner guitar quickly gave way to Fender Stratocasters, and of course, the de rigueur amps of the day, like Fender Twin Reverbs, Bassmans and those powerful non-master volume Marshall stacks.

When Seow reached that proverbial crossroads of deciding what to do after his Form Five, a short stint in a basic electronics course (which taught him the ins and outs of tube amplification) proved instrumental in setting him on his career trajectory. 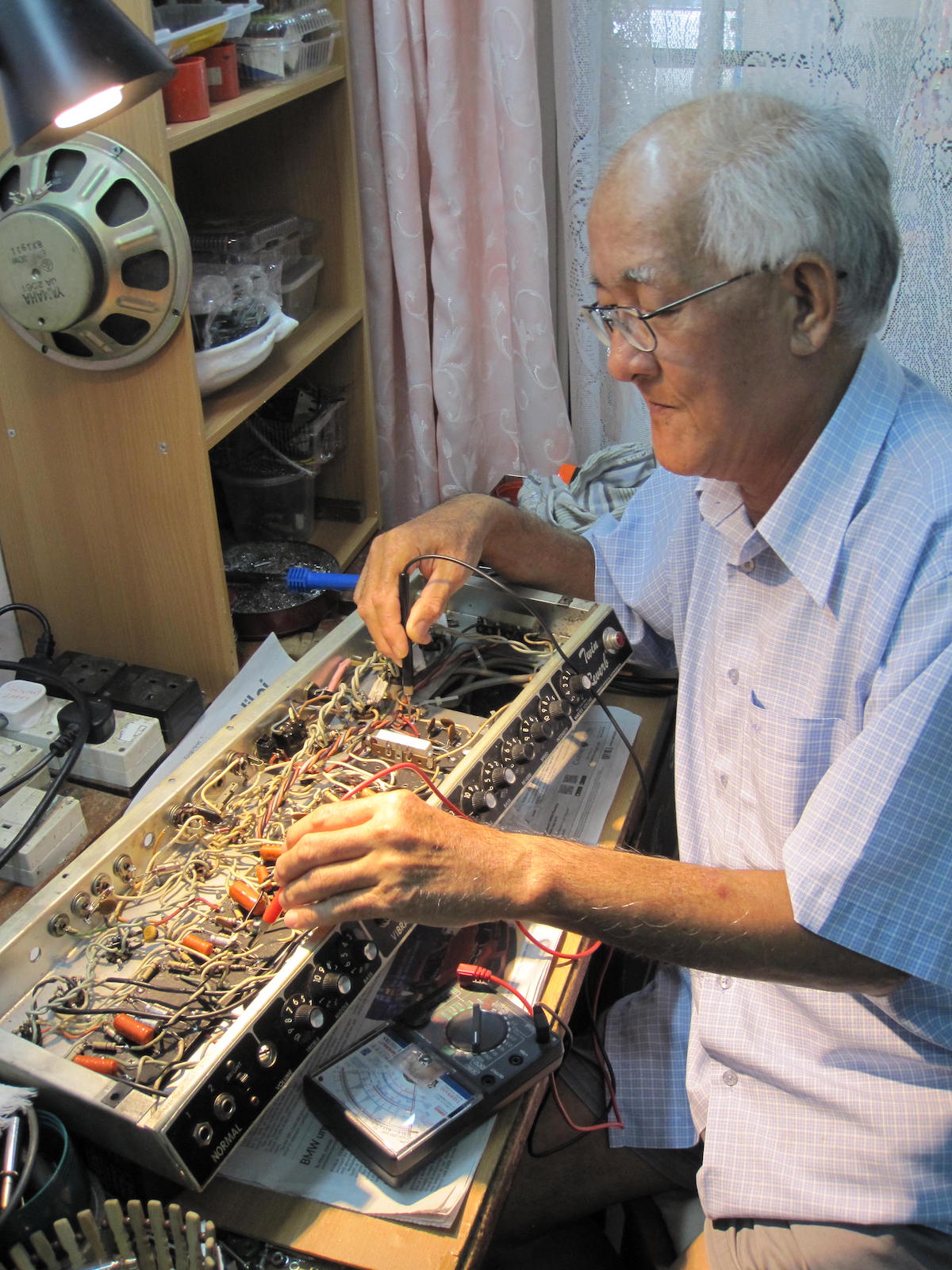 He might have his eyes open when he works, but Seow can almost have his eyes closed when fixing an old Fender or Marshal amp, the two brands he has tinkered with most.

“I developed an interest in it, and also, there weren’t that many repair people around back then to fix things anyway,” he said at his Tanjung Malim (about 70km north of Kuala Lumpur) home, which doubles as his work shack.

His love for all things analogue transcends amplification – he also loves tube tape echoes, and though he might extol the virtues of a WEM Mk II Copicat, he positively swoons when playing, and even talking about his Selmer SwissEcho. Visiting him is like walking into a museum of hallowed gear, some of which are even for sale.

But it is his adeptness, accuracy and love of the job which puts Seow at the top of the pile for vintage tube amplifier repairs, a trade in which he’s made a name for himself in the past 30 years. 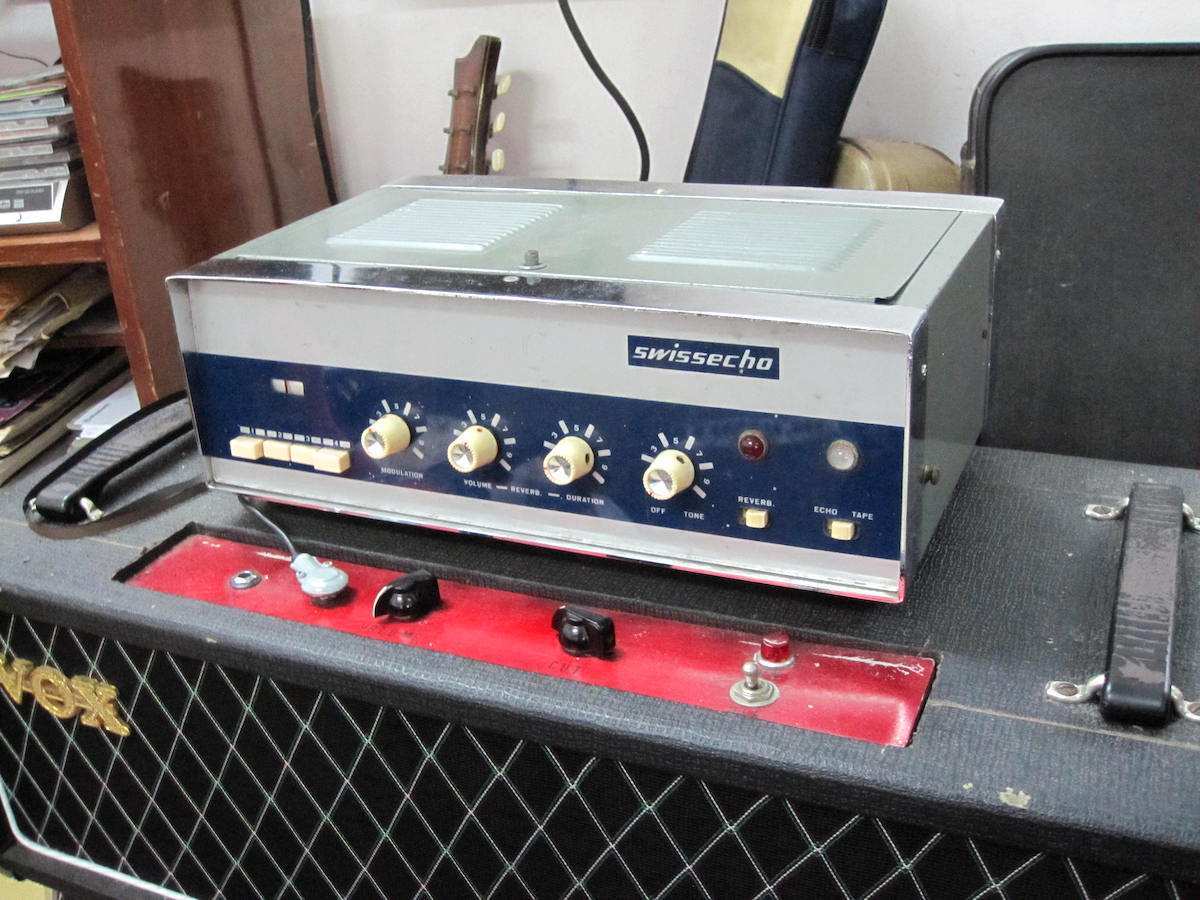 What are the most basic repairs people come to you for?
It’s usually a case of components, like resistors and capacitors, having burnt out or lost their value through time. These usually manifest in noisy or crackly amps.

Could you provide a basic checklist of how you approach your amp repairs?
I will always begin by inspecting the power transformer, to make sure voltage is passing through correctly. Then, I’ll check the tubes to see if they look okay, especially the filament. If it looks burnt, it obviously is then. Tubes glowing red is also not a great sign.

Filter caps, which filter and store current, come next, and I’ll use my capacitance meter to check if they’re still healthy. After that, I’ll examine the output transformer, which is probably the most important component in determining an amp’s sound. Here’s a little tip: when buying a vintage amp, always check to see if the output trans is original. While any equivalent value output trans should technically work, only the original will provide the authentic tone of the amp. 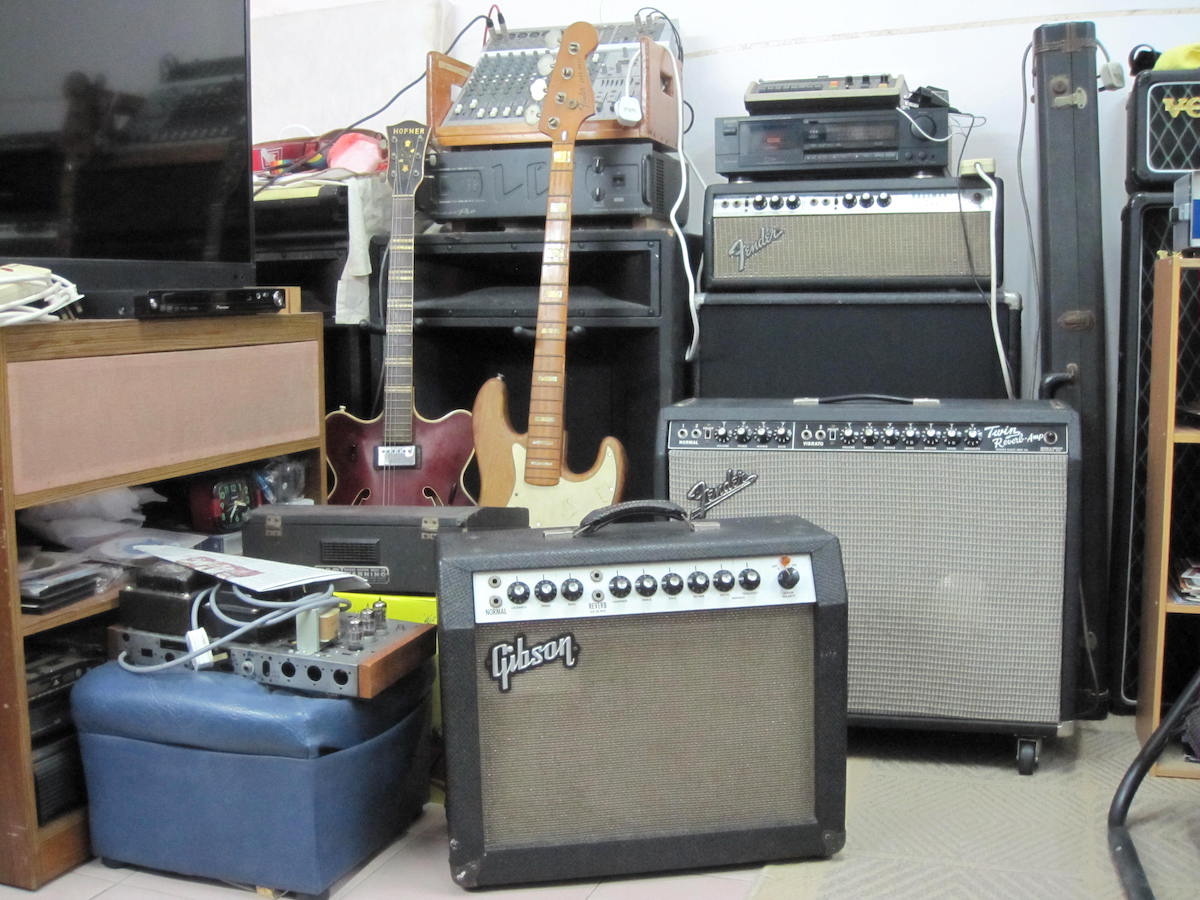 A collection of vintage lovelies at Seow’s place… some of which are looking for new homes.

What basics should a user know about tube amps?
I think if someone already owns a tube amp, they would probably have realised how wonderful it sounds. Once you compare a tube amp with a transistor version, the distinction is very obvious.

What are some of the do’s and don’ts with vintage amps?
Don’t try to open and repair a tube amp yourself. It has lethal voltage levels, well after you’ve switched it off even. Let a tube amp cool adequately before moving it because hot tube filaments are susceptible to microphony when subjected to vibration or hard knocks. Rule of thumb: always move an amp gently. Also, don’t crank a tube amp up as soon as it’s powered on… turn the volume up gradually.

What can users do to maintain their amps?
Obviously, don’t leave an amp exposed to heat sources. With heat clearly being an issue, never leave an amp that’s switched on against a wall… it needs ventilation for the hot tubes. 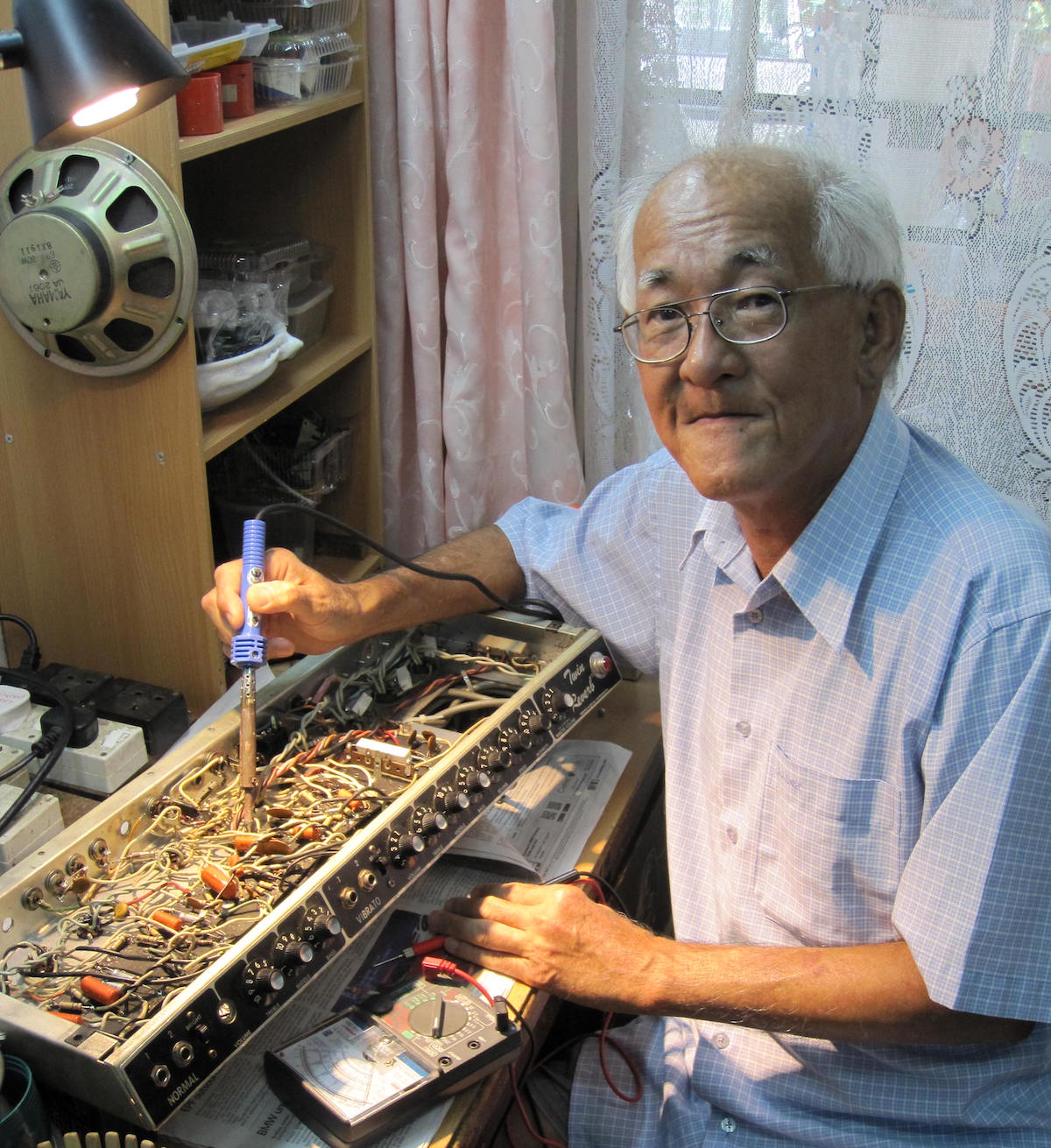 A mess of wires to most but Seow knows exactly what goes where.