FOUR years ago, I started gigging regularly as a soloist and with a band. The last time I had an experience like that was in the late 1980s and early 1990s with a band called Kamasutra.

I thought things would’ve have improved for musicians on the Malaysian live music scene since those days when you were lucky if what you got paid at the end of the gig covered your transport costs. But the RM200 my band The Bluesoids got as a trio for the first show was a painful reminder that little had changed. 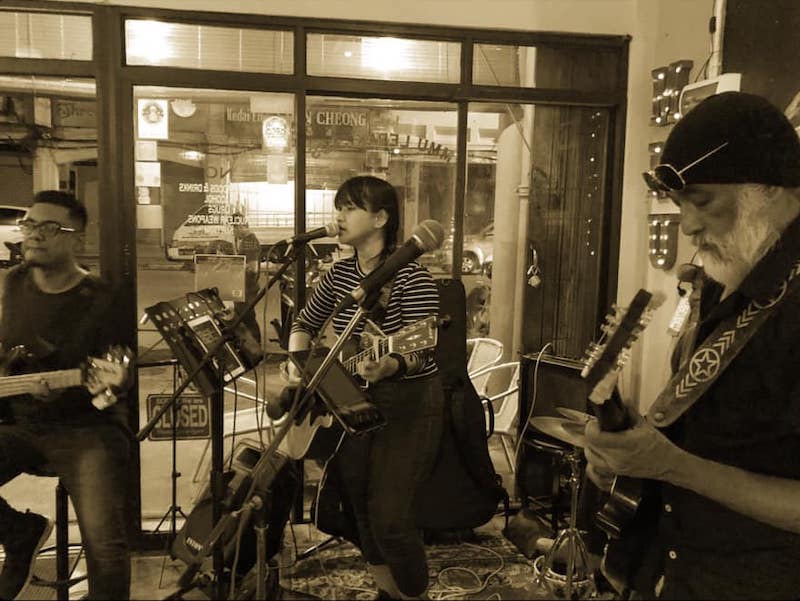 Anyway, my focus here is not how our musicians are still being short-changed on the live music scene but what they can do to make life easy for themselves as regular giggers. So, this is basically a gigger’s survival guide of sorts – a piece dealing with equipment that you can rely on for the long haul, how to make the most of an establishment’s often underwhelming PA/sound system and backline gear, and generally dealing with the hassles of being a poor hack trying to make the most of doing what you love.

1. STICK TO STUFF THAT WORKS: If there’s a guitar or keyboard setup that you’re comfortable with after the first few shows, you’d be foolhardy to change things up. You may want to alternate between an acoustic and electric guitar during sets and try out new gadgets but make sure you’ve done a pre-show check on settings.

This also applies to the kind of songs you are doing. Once you’ve found your “genre zone”, build on it rather than exploring beyond. Of course, you can’t run away from frequently-requested songs (Country Roads, Black Magic Woman, Bad Moon Rising, etc), but it’s important to solidify your stock-in-track from the start so that audiences will have an idea what your act is about.

Once you’ve been playing at a place long enough, the regulars would have be more receptive to whatever new stuff you try to do, including originals.

2. EXPENSIVE DOESN’T MEAN EXTENSIVE LIFE: From my experience, there’s no point spending good money on big-name equipment, especially instrument and microphone cables. The ones that cost less than offerings from major brands are usually as good – i.e. functional and long-lasting – as those from the major brands. I’ve had RM8 patch cables and RM20 instrument cables that have served me well for several years while some so-called reputable ones have hardly survived through a year. 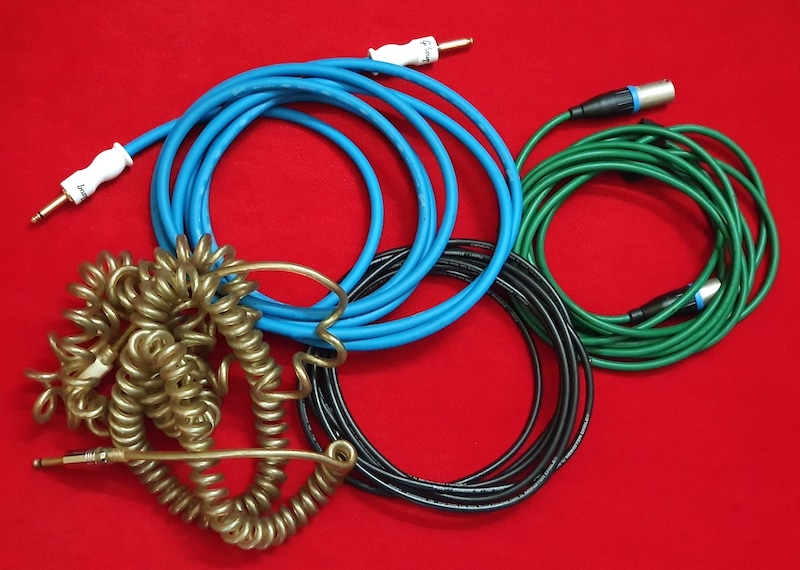 3. DO YOUR OWN SOUNDCHECK: You’d be lucky if you could find someone to set the sound for you these days. But even so, that person is more likely doing some kind of double duty so don’t trust their ears. Go in at least an hour before the show to do the soundcheck yourself or with band mates’ help if you’re in a group.

As most bars rotate bands or soloists weekly, don’t expect things to be the way you set them the last time you played. And get used to dealing with broken microphone holders and stands.

Also, most bars prefer soloists or duo acts so the PA system is not gonna leave much to be desired which means there won’t be any kind of stage monitoring system. If you really have a hard time hearing yourself, especially if the main monitors are placed too far away from you, use an old guitar amp, feeding it from the mixer’s headphones out.

4. CHEAP SPARES, AND A CAN OF CONTACT SPRAY, CAN SAVE THE DAY: Thanks to mass manufacturing in China, you can now get cheap strings to replace the expensive “Made in the USA” ones that break during a show. And RM4 mic holders, RM15 XLR mic cables and other music accessories are worth lugging around for snafu moments.

Also, a can of contact spray might just be the trick to solving buzz/static issues, especially at a joint that only hires musicians for special occasions.

5. BRING YOUR OWN CABLES, MICS, STANDS, AMPS, SNARE DRUM, CYMBALS, COWBELL, STICKS, DRUM KEY ETC: It’s astonishing that many musicians who do the “open mic” circuit still bring instruments without cables. And personally, while working for an NGO, I was flabbergasted when members of a group who billed themselves as a “top Sarawak fusion band” showed up expecting instrument cables to be provided for them.

Most of the time, the drum kit and backline equipment at bars are not only low-end but also beaten, battered and on the verge of breaking. So, don’t expect parts like cymbals and snares or even guitar and bass amps to work the way you want them to. Just BYO!

6. DEAL WITH AUDIENCE REQUESTS LIKE A DIPLOMAT: I’ve been lucky so far to have the luxury of playing at venues where the crowd is into the kind of music I play – 1960s and 1970s cover songs by the likes of Neil Young, Bob Dylan, Jimi Hendrix , John Lennon, Elton John, Allman Brothers, Muddy Waters and my originals. But some requests are inevitable – Hotel California, Black Magic Woman, Wonderful Tonight… In that case, it’s your call to oblige, or politely tell the audience you can’t pull off these tunes without a band and play something in a similar vein. 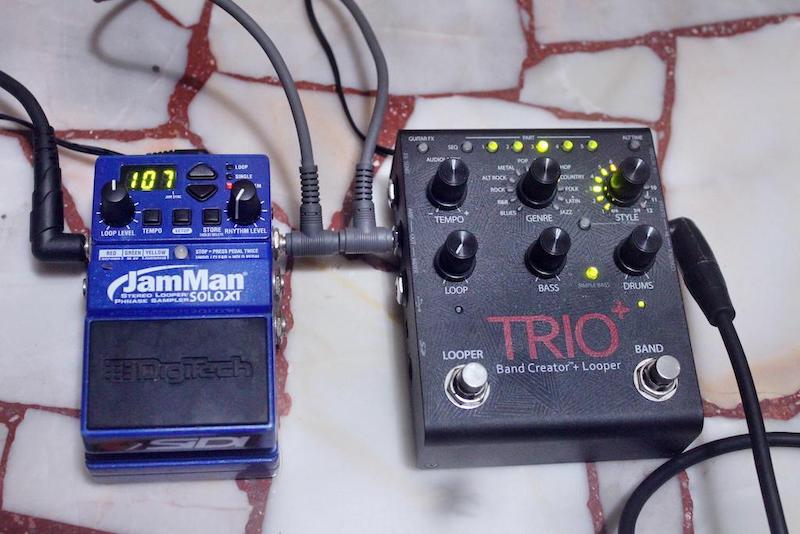 7. A BEAT BOX OR “BAND IN A BOX” WORKS WONDERS FOR SOLO SHOWS: While most solo performers who work with keyboards have some kind of auto-arrangement thingy going for them, those who play guitar are short-changing themselves if they’re not using a drum machine or some kind of looping device to beef up their music.

It’s fine to sing ballads with just an acoustic at coffeehouses, but audiences at bars where the booze is flowing respond more enthusiastically if there’s some kind of rhythm accompaniment, even of the static variety.

Something like Digitech’s Trio+ is a great tool to back you up, and even if the initial investment puts a dent in your wallet, it pays off eventually. 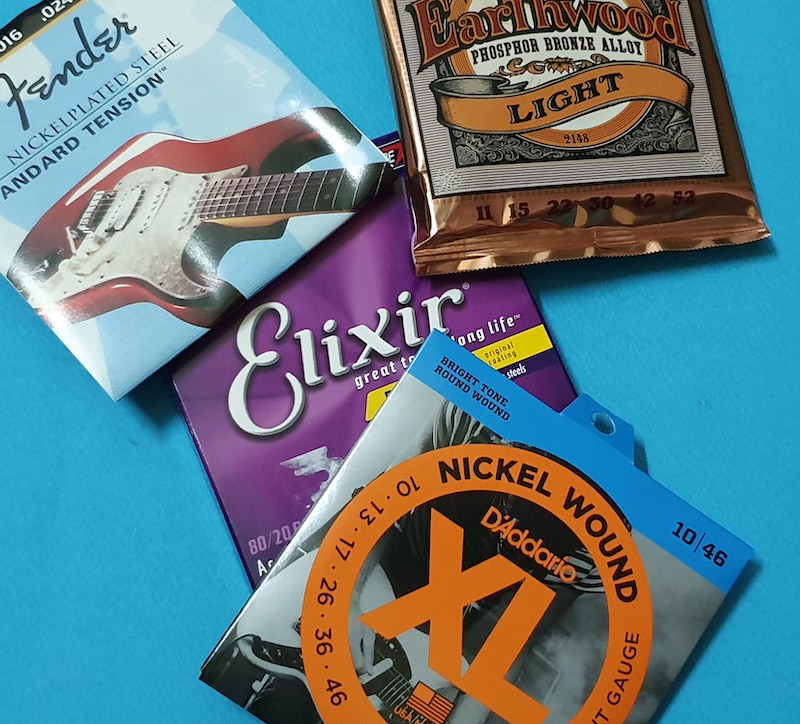 8. LAST BUT NOT LEAST… LONG-LASTING GUITAR STRINGS! : I’ve always been hard on strings, and having used almost every offering by every reputable brand on the planet over four decades, including recent ones with claims of unbreakability, I’d say… go Elixir Nanoweb! Any set of strings that survives four gigs without breaking or major tuning issues has my undying loyalty, even if it costs a bundle.