MOROCCAN percussionist Rhani Krija, who was in Sting’s band for the Sacred Love world tour, will be holding a workshop in Kuala Lumpur on Sunday, March 10.

Born in Essaouira, Morocco, Rhani, 48, grew up listening and exploring many different North African music styles, which formed the basis for his musical work. He started to work professionally as a percussionist while he was still in his teens, performing with some of the most respected musicians of the traditional Moroccan music scene, and soon established himself as a sought-after musician, well known for his authentic grasp of Arabic, Andalusian, African and Latin American music styles. 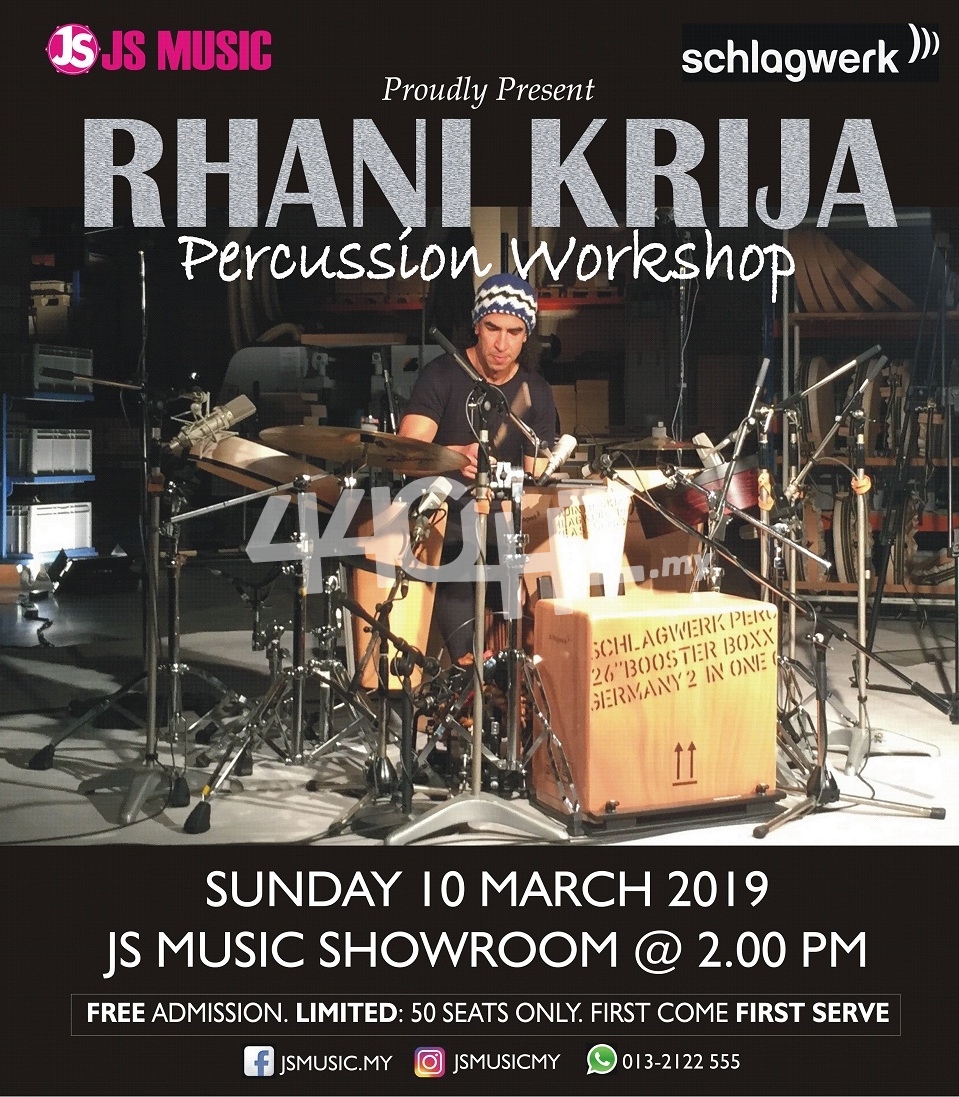 He later lived and worked in France before eventually moving to Cologne, Germany, his current base. Over the years, he has been featured on many television shows as well as at jazz  and world music festivals in France, Germany, the Netherlands, Tunisia, Morocco, Argentina, Slovenia, and many other countries.

Rhani has mastery over a large variety of percussion instruments like the darbouka, riqq, frame drums, cajons, congas, bongos, djembe, Caribbean timbales and many others, and his musical influences are derived from a combination of traditional Arabic and North African rhythms, Latin American styles, blues, reggae and pop.

Over the years, he has appeared, toured and shared the stage with Housseine Kili, Djamel Laroussi, Omar Sosa, Momo Djender, Eda Zari, Don Byron, Karim Ziad (formerly with Joe Zawinul and others), Mokhtar Samba (Yousso N’dour, Salief Keita), WDR Big Band, Vinnie Colaiuta, Dominic Miller, Adel Salameh, Keziah Jones and many others. In 2003, Rhani was invited by Sting to record percussion tracks for the Englishman’s Sacred Love album, which was released the same year, a collaboration that continued on the Inside – The Songs Of Sacred Love DVD, where he is prominently featured as the percussionist, followed by the world tour.